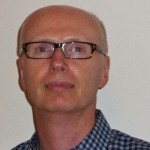 I’m delighted to be chosen as a runner-up with Playing the Old Songs in The Puffin Review’s short story competition on the theme of Obsession. You can read my story below.  Click here to learn more about the competition, and to read the other competition winning stories.

No, not Shirley Bassey, please, not again.

It’s 3.30 in the frigging morning and I’ve got to go to work tomorrow.  Doesn’t she ever stop playing that relentless music?  She’s behaving like she’s 16 and a lager lout with an ASBO – she must be nearly 80!  Unbelievable.  Pounding through the ceiling.  A nightmare neighbour who’s the granny from hell.  She’s not even deaf.

She says it’s not her, she’s never heard any noise.  Yeah, right.  I should go straight up there now and confront her but it’s Baltic out there and anyway I don’t really like to; she might be a selfish cow but she is old.  She could have a heart attack and die.  How awkward would that be?

‘Good morning, Johnnie here, how may I be of service to you today?’

How much do I care whether they want an original, compatible or recycled Canon ink cartridge?  Really? How much?  I took the job cos I’d hoped it would be less stressful than the last one; that’s what my GP advised.  What did he know as it turns out?  No job could be more stressful than listening all day to people whine on about their order that hasn’t arrived or is damaged or both.  Do I give a damn?  It’s an ink cartridge, for Christ’s sake!

I should move flats; it’s easy enough – give a month’s notice and then I’ll be gone – free of Shirley Bassey.  And Tom Jones.  And Engelbert Humperdinck.  Why doesn’t she at least have some taste?  If you’re into all that old stuff, how about Frank Sinatra or King Elvis or even Judy Garland – someone half decent?  I used to say as much to my Mum; she liked the same cheesy singers too; she loved Diamonds are Forever and Delilah; I ask you, Delilah?  Taste by pass or what?

Edinburgh tenements – they’re all pretty much alike though.  Everybody says it.  Noisy neighbours playing music at all hours.  It was exactly like this at the last place in Stewart St: identical weird old fashioned music thumping through the walls.  That was so bizarre.  The guy next door, he couldn’t have been 20, was off his face half the time – and he played good old Dame Shirley as well!  How uncool is he?  Bet he doesn’t admit that to his mates….

And why is that blond woman who lives opposite granny from hell taking her side, and pretending she can’t hear the music; most of their walls adjoin: she must do.  It’s so loud in the middle of the night when everywhere else is completely silent.  She cannot not hear it.  When I was insistent, she looked at me a bit strangely.  She’s the strange one, siding with that selfish old biddy.

So I spoke to the guy on the top floor who lives above The Official Shirley Bassey Fan Club Member Number One and he said he heard her TV every now and again; says she watches Wanted Down Under after Breakfast TV.  She’s not bloody well wanted down here; I can tell you that right now.   He works nights some weeks and so he’s trying to sleep when her TV’s on.  Said he doesn’t mind; it’s not that loud and he’s never heard her at night.  He doesn’t think she’s even got a CD player; he laughed when I said she might still have vinyl – and asked me who I thought I had living upstairs: a DJ from the Ibiza club scene?  It could be an iPod.  Yeah, there’s no rule that grannies can’t own iPods these days, is there?

Why are they all pretending they can’t hear it?  Oh no, here we go: Tom Jones and ‘She’s a Lady’.   Mum said this wasn’t her favourite but she still played it all the time.  C’mon, precisely how loud is that?  It’s insane.  I’m not saying she’s a horrible old person, not really, merely noisy at night.  Well, thoughtless and noisy.  And tells lies.  Can’t believe no one else has ever heard a peep out of her.  Doesn’t stop the music keeping me awake.  Every night, night after night.  I’m completely wrecked the whole time.  Knackered.  And only four hours to go before I recommence solving the great ink cartridge problems of the world.

When I was a kid my Mum used to have records, yes, hers were vinyl.  It was always just the two of us.  No brothers or sisters and certainly no Dad.  Dads come and go, don’t they?  She had hardly any records and so she played them over and over again.  Exactly like the old witch upstairs – Shirley Bassey, Tom Jones and Engelbert Humperdinck.   When I saved up and bought a CD player, Mum replaced the records with exactly the same CDs and then played them all the time.  I’d get back from school and she would be dancing around the room by herself, pretending Tom or Engelbert was there with her, gyrating their hips at her.  She seemed contented then.  She liked Shirley and Tom and Engelbert right up to the end, up until the morphine kicked in and started to make her confused.

I think the noise problem was why I broke up with Stella.  We only lasted a couple of weeks.  She stayed over just the two or three times, said she couldn’t stand the way I’d wake her up to complain about the loud music.  She was a really heavy sleeper.  One time she thought she could hear something but was sure it was Adele not Shirley Bassey, and sounded like it was from a car down the street.  Who in their right mind would mistake Shirley for Adele?

‘The Last Waltz’.  At least granny from hell always plays Engelbert’s big crooning number right at the end; it’s her finale – that’s the regular nightly pattern.  These new earplugs are useless, they should at least muffle the sound but they make no difference at all.  Don’t deserve all those gushing five star Amazon reviews.   I’m going to ring them up tomorrow and drone on to some sado customer service executive who’s enthusiastic to respond to my needs – and get my own back.

Engelbert’s getting into his stride now:

I’m surprised I never hear her moving about, creaking the floorboards, making cups of tea and rattling the biscuit tin, most likely wrapped up in an old lady’s housecoat.  Here we go with the key change:

Mum and I used to waltz around the lounge together; I’d kid on I didn’t want to but I used to love dancing with her.  I’d watch her face light up.  I remember the day before she went into hospital for the last time: there was five minutes when she wasn’t too woozy with medication, so I held her and we danced to The Last Waltz.  What were we like?  We didn’t really waltz; I dragged her around; she was little more than flesh and bones by then.  I looked into her eyes and I could see she was happy, lost in her memories of the old days, of better times, times with Engelbert singing along in the background.

At last: silence.  It’s 4.30 and the music’s stopped so I can get some peace and quiet.  It’s over for another night.

Martin Redfern lives and works in Edinburgh. A publisher by occupation, he also writes short stories and poetry.  His work has recently appeared in ’Ink, Sweat and Tears’ and new poems will be published this spring in ‘Obsessed with Pipework’.