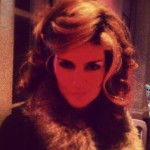 Swish, Swish, Swish, came the faint sound of Glen’s Gore-Tex sleeves rubbing against his sides. The sound reminded him of a tent flap in the wind, although he found it hard to hear anything over the tune coming from his earphones. The sound of Robert Johnson’s slide guitar wailing kept him moving forward. Running is a painful pleasure when you get into the metronomic rhythm, but he was not quite there yet – it always took him the first two miles. Stamping out his crumpled office legs and the scrambled up thoughts about the day, Glen needed to get his stride, as this was his longest practice run before the upcoming marathon. Twenty miles…man, he must be mad.

He was fairly new to this running thing, but he liked the way it cleared his mind. He had never believed all those gym losers that exercise actually made you feel better. He had thought that a pint of Black Isle Blonde, or twenty, was usually his best cure. But with everything that had happened lately, what with losing his Gran and caseloads mounting up like K2, the last thing he needed was a hangover to brood with. Also he couldn’t take another bloody lecture from his Mum about the fact that booze was not the cure to anything but soberness.

So when one of the lads in work challenged him to the Edinburgh marathon to help raise money for the Police’s widow’s fund, he couldn’t say no. It had been hard going, that was no lie a month away from the race, and he had become, almost literally, a shadow of his former self.  His suits were hanging off him. Even his fussy sister Kelly had said he looked good – wonders will never cease!  The other coppers in the squad, who had fallen by the wayside of training, were now calling him ‘Marathon Man,’ although he would never live down the fact that he had called a squad car to come and rescue him from Arthur’s seat when he pulled a muscle. Arseholes wouldn’t know a pulled muscle unless it came from lifting a pint.

He was starting to get into stride now, breathing shortly in and out, dodging the crappy broken pavement that made up pretty much all of his running route round Edinburgh. He had tried a treadmill but had nearly fallen off the back twice, so he took that as a sign he should do it the old fashioned way.  A quick glance at his distance on the GPS watch – only four miles.

Today was the day that Lisa would be getting married to ‘him’. His ex had not only left him, she had taken his brand new laptop with her. Okay, she had bought it for him as a present and admittedly he may just have seemed slightly ungrateful at the time. This had been the last straw for her highness. She had said she thought that all coppers were selfish pigs. So it was quite a kick in the teeth when he found out she was dating muscle-bound, brain-dead D.I. Gerry Donnell from the same squad in Leith.  Everyone had said that he should let her go as they had not been together for months and Lisa and Gerry were perfect for each other blah, blah, blah. He should basically stop being a stroppy git about the whole thing. But he couldn’t stand Gerry even before him being with Lisa, so why should he play nice now? He had a drunken call from his best mate, D.S. David Sharpe, an hour ago saying that he was being an idiot and he should be at the wedding with the rest of them. No one quite got it; she couldn’t possibly be happy with that caveman, could she? After seeing Lisa change her Facebook status to ‘Married’ he knew the only solution was to run it out of his system.

Dodging a drunk with the spatial awareness of a truck he remembered that he had left the business card for his Gran’s probate lawyer, McKenzie something or other, in work. The Lawyer was going to shuffle the last of the papers for Glen to move into his Gran’s old house. Good old Mary at least had the sense to sort a will out, even though she had seemed pretty scattered near the end. Dementia had taken her almost a month ago.

She had left him her house and everything in it.  His Mum had not said anything but he could tell by the usual disappointed pursed lips that the old locket that his Gran once wore was not the only thing she expected to receive from the will. Not to mention Kelly – the old girl had left her almost a lifetime supply of auburn hair dye. Mary had used it until she forgot what colour her hair was supposed to be, but she just kept buying it. I don’t think the stuff will be any use in Kelly’s posh salon on George Street though, but the five grand worth of Co-op bonds seemed to cheer her miserable face up.

Another drunk and a fight avoided by quickly maneuvering across the street. Checking the distance, eight miles – Christ, another twelve to go.

Granny Mary had taken care of him after school and summer holidays when his drunk of a Dad had finally left them. Mum was working two jobs and Kelly had just started as an apprentice in a local hair salon. Gran’s house was a haven when he was little – one of the little miners colony houses with steps up the outside. He used to perch on the top step surveying his territory. A million cats milling about and people outside gossiping ‘til all hours. Gardeners fighting with kids to get them off the grass. A good community spirit. In the end Mary couldn’t make it up the steep steps and the house had sat empty for months.

It had been a slow process going through Gran’s old things – no help from Mum or Kelly on that one.

He had given a lot to a charity shop for dementia and kept a few things that his Gran loved – a dusty old radio, (no TV in this house) and a stack of her most thumbed books. Under the spare room bed he had found a battered guitar case covered in dust. Inside he couldn’t believe there was an old Gibson guitar in pretty much mint condition. There was a mahogany smell from the fret board, like an antique drawer; black brown fading into a sunburst centre of almost orange. His heart leapt – it was just like the acoustic guitars his musical heroes played. When he had quietly questioned his Mum about this last Sunday, he had been told gratingly, that the only thing his Granddad had played was the horses and that he probably won it on a bet from some poor beggar.

Glen knew that his Gran had her secrets though and wondered if the fancy man that she had alluded to for years was a musician, a bluesman maybe. The old girl really was a character. He wished he had thought to ask her more stories, but in the end she barely remembered even him. He knew especially in his line of work that everyone had secrets. Even ones from years ago always seem to come to light eventually.

His thighs really starting to ache as he climbed the hill onto Queen Street from Stockbridge. He checked his watch: eighteen miles. Downhill for two miles on the way down Leith Walk – thank god. Taking the last slug of his energy drink and navigating the people dotted about like a sailor round icebergs, Lisa came back to mind. She was always nagging him to get fit, stop drinking and sort his life out. It hadn’t brought her back to him though.