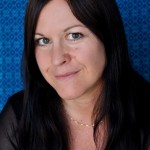 I have recently had a couple of contrasting audition experiences that I wanted to reflect on and share. Both are for ‘new and aspiring’ theatre companies offering paid work – a rare occurrence these days!

The first involved some travel to the West coast which I didn’t mind as it was paid work being offered – a two week schools tour with a Shakespeare classic – how exciting.

Not only did I prepare my tried and tested favourite contemporary monologue but I also popped a classic in my ‘back pocket’ just in case I got the chance to audition for more than one part. I knew my monologue inside out – I felt happy reciting it in the shower, waiting for the bus, whilst ironing, making soup – you name it, it was physically inside me and I was confident on my delivery.

I also took time out to reread the Shakespeare classic, see the 1967 film version and prepare for the role I was asked to read for.

So with all that preparation what happened when I walked into the audition room?

I picked my spot on the wall behind the panel of three and delivered my speech with precision and stillness – terrifying the panel as they told me later.

I didn’t get the part I read for but was offered the lead in another show instead…sadly it was not paid and with the travel to the rehearsals I would have been paying to perform so I turned it down.

But the experience taught me that no matter how confident you are and how well rehearsed and prepared you the moment of delivery to a blank wall is so false and intimidating for everyone.

The second audition was for a new cabaret style show – with improvisation skills in SPANISH!

I had learned Spanish some years ago – mas o menos! But was not at all confident in this aspect.Nothing ventured…

This time I was asked to create a new character and bring along my ideas for an informal discussion about the show. So I didn’t prepare too much, went along with a story line for my character and ready to impress with my one badly translated paragraph in Spanish.

Well, three of us had to audition in front of each other – and the first two did it in fluent Spanish! Thinking on my feet I decided to improvise and forget trying to compete and I went for a very Scottish character instead and had so much fun embellishing my story as I went….the other two actors and the panel were transfixed and you could hear a pin drop in the room. I told my story directly to them and engaged them with my words.

I didn’t get the part – neither did the other two – but I got fabulous feedback on my storytelling skills!

This second experience was much more relaxed, and I felt more real, being able to interact with the panel and not talk to an imaginary person at the back wall.

So I think auditions would get more from actors when they can engage and interact with others rather than pretend the people judging them were not in the room – false face must hide what the false heart doth know!