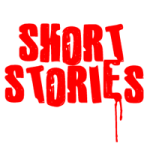 In a week a few writers will gather together here in Edinburgh, in a group under an experienced eye, to put our skills in short story crafting to the test. We will be concentrating on character and feedback will be peer-based. Our remit is to produce a complete short story every two weeks. I know one or two of the folk in the group but the usual deep fears lurk. What if they are all short stories wizards and I can’t keep up? Perhaps there is a twisted comfort in Flannery O’Connor’s observation that ‘So many people can now write competent stories that the short story is in danger of dying of competence.’ Maybe I need to develop something that is not competence (though hopefully not incompetence either).

I tend to look to other writers for inspiration when faced with a daunting task. What has been said on the subject?

Mark Twain famously said: ‘I wrote a long letter because I didn’t have time to write a short one,’ and therein lies the problem. You cant ramble, go off in tangents or indulge yourself in a short story. It needs to be tight and focussed. I like Lorrie Moore’s take: ‘A short story is a love affair, a novel is a marriage. A short story is a photograph, a novel is a film.’ There needs to be impact too. – Paulo Gacigalupi describes targeting ‘hand grenades of ideas’. Every word counts and once the smoke has cleared fat needs to be trimmed in the redraft. Barbara DaCosta’s advice is right: ‘When in doubt, take it out…’

So what have I got to go on so far? I don’t want to be just competent. I can’t afford to be verbally incontinent and I have to lob some grenades and then wield the knife. It’s beginning to sound very messy. I guess that brings Hemingway to mind: “There is nothing to writing. All you do is sit down at a typewriter and bleed.”

Get the tourniquets, swabs and bandages ready; I feel a literary bloodbath coming on.