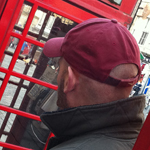 I’ve been in the security business more years than I care to remember, but few jobs stretched us as far as the Snow White gig did. Those were crazy days.

It’s not widely known, but the whole dwarf protection thing around her was a set-up; not a single one of us knew the others at the start. We had to audition to be on the Snow White Team. The cover was that we would be mineworkers, sharing a cottage together. Truth was, we were a ragbag of misfits. Street performers, security guys, cage fighters and con men, we all had skills that might keep Snow alive in the face of evil-queen shenanigans. And this Queen was a doozie.

I got the call from an old buddy I used to get wasted with. Most people think I got my name from back then, that it was the drink that made me irritable. As it happens, I was such a grumpy bastard when I stopped that I was always getting told to go back on the sauce. I mellowed a bit with age, but the name stuck.

It’s a fact that none of the names really fit the personalities. Stereotypes all of them. Nobody could be happy always; Sneezy only had summer allergies. Dopey looked dense as hell, I’ll give you that, but he was no dumb cluck. When Sleepy went easy on the pills he was as bright as a shiny farthing. I mean, I could go on, but you get the picture, we were just ordinary guys with some useful skills.

The deal was that Snow wasn’t to know we were paid protection. Local lore said she was of a delicate nature and quite sensitive. She needed to see the world in a safe way, through rose tinted eye-glasses. Doc gave it some kind of medical name. I thought it was sorta nice myself.

We weren’t sure exactly when Snow would get sent out from the palace, so we had a few weeks of practice in the quick-build cottage. We stayed in role, something that was tough. I’m not saying we were crude, but we did have to clean up our acts a bit. We ran a swear box for a couple of weeks; Bashful lost a mint. Some of the guys had habits that a young dame shouldn’t have to see.

There was a bit of heat at the start. Too much small man syndrome, way too much testosterone, not enough space. It was a recipe for gunpowder pie, and we had seven cooks. Despite the risk, we never blew; the mission came first.

The day she came it had started to snow; the snowflakes falling like feathers on the forest floor. The Huntsman delivered her to the empty cottage and we returned at dusk. We knew she was going to be a looker, but there’s lookers and there’s lookers and I gotta tell you, she was a looker. In the blink of an eye, we were all in love with her.

Those months were the best in our lives. I tell you, that dame was a delight. Truth be told, she had us all eating out of the palm of her hand and we didn’t give a damn. It was just a pleasure to be in the same room as her.

But that wicked stepmother… that witch was clever, and how. Anger management issues sure, they say she offed her own brother because of a wrong glance, but if clever was a grain of sand, she was a boulder. And she had a meddling magic mirror on her side.

There was a series of upsets, history only recorded the big ones: the near suffocation crisis, the poison comb fiasco and then that shitty apple. We didn’t see these attacks coming and when they did, we couldn’t easily trace them back to the Queen. She covered her tracks like a pro.

That last incident, the one with the apple; that was the toughest cut. We thought it would be like all the other times. Sort out the problem and she’ll come round. We couldn’t sort it and she didn’t come round. I can’t tell you how hard that was. I was carrying a torch for her at this point, we all were, and this washed us clean away. We moved her bed to the main room, in front of the fire and placed her on it. She looked like she was sleeping, but she was clearly gone. We couldn’t move her. Seven bruisers sat there, bawling like babies.

Then came the night of the storm. And I’m not talking any storm. This was hurricane level. Those of us that were sleeping got woken up by hammering on the door. A guy’d got lost in the woods and needed shelter. Turns out he was a prince – a little shifty perhaps – but royal.

When he came in he saw Snow White on her bed and fell in love with her. Just like that. He asked to kiss her and, though we bristled, we let him. When he tried, he found a bit of poisoned apple, fresh as the day she was given it. He dug it out and smooched her. Next thing she’s back, right as rain and wondering what all the fuss is about. Talk about miracles? It’s the kinda thing that happens in fairy stories.

What happened next was that the mirror snitched that Snow was back. The Queen got so angry that she let her guard go, got careless. She came to the cottage, on her own, solo, sin amigo. We were all there. She would have been more than a match for all of us one on one, but as I say, she was out of control and not expecting seven tough dwarves in one place. And this time we were ready for her.

It was a bloody mess; a brutal showdown. She was a tough cookie, but in the end she crumbled, like they all do.

We cut the broad into pieces and barbecued them. It was our own little cremation party. That back-to-life trick might be a royal trait and we weren’t taking any chances.

With the queen dead Snow and the prince made plans to move back to the castle.  Like I say, we were obsessed by her and we really couldn’t have that; way too risky and way too much heartache.  We tried to convince them to stay, we really did, but they were having none of it. In the end they left us no choice; after all beauty absent is beauty dead.

Bashful’s pickaxe put a hole in the prince’s head that the wind could whistle through and Doc and Happy got Snow to chow down on that poisoned apple flesh again. It was for the best really; the only way we could keep her with us. Preserved forever.

At the start of the winter when it’s cold, we’ll bank up the fire and sit by the window talking to Snow White, beautiful in her glass coffin, while we wait for the first snowflakes to fall like feathers to the forest floor.

Previously published in Far Off Places.

Tagged with → fantasy • forest • humour • love
Partners in Crime by Spiderboy Far Off Places: The Back of Beyond

Partners in Crime by Spiderboy Far Off Places: The Back of Beyond