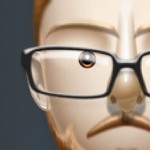 It was my big-headedness that killed my mother. No, really. I have a large head, which was why she died in childbirth.

Certainly, my father rarely missed it when he took a swing at me, as he often did, in anger or in grief, or both. He blamed me for the way his life turned out, I suppose, although we only ever spoke about that once. I say “spoke”, but to be honest he was shouting at the time. Shouting and crying and beating me repeatedly around the head with his fists. My big, ugly head. Just that one time, when I was fifteen, which was of course the last time. Ever.

The police wanted to prosecute me, but the fiscal decided that it wouldn’t serve the public interest to take me to Court, and anyway, it would have been easy for me to claim that I was defending myself against an abusive parent. Not that he was a bad father, really. He was kinder to me than my brother, that’s for sure.

My brother, Ian, used to grab me whenever he could and pin me under his left arm in a headlock, which was easy to do given the size of the damned thing, grinding his knuckles into the crown. “Coconut!” he would always proclaim as he screwed his bony joints hard into the top of my skull. Well, that’s how he normally pronounced it. Sometimes he would elongate the vowels. On other occasions, he would place the emphasis emphatically on the first or second syllable. Thinking back on it, he produced a remarkable number of variations on such a simple word. He was, in his own way, quite creative, I suppose. Until his head caught fire.

There was nothing I could do to help him once the flames took hold. Not really. You need a fire extinguisher to deal with lighter fuel. So I called the ambulance, after a while, and smothered his head in an old blanket, wrestling him to the ground in our back yard. I’ve never known anyone struggle more fiercely than Ian, but it was always going to be too late by then.

The police assumed it to be a suicide, which of course it was, in a way. As you might imagine, I don’t remember a lot of the detail. It was a traumatic event, after all. More for him than for me, obviously. Still, it was upsetting, and I must have erased a lot of the drama from my memory. There is however one tiny detail that has stayed with me over the years, which gives me some small comfort, even now.

I remember as my brother lay on the blackened grass, reduced by shock and exhaustion to a low gurgling moan, kneeling beside him and whispering to him through the charred and dirty blanket: “Fried coconut!”

Tagged with → Binge Inkers • Conflict • death • humour
Bad news: It's the end of the world. Good news: it could make you money! Exercise by Rose France

Bad news: It's the end of the world. Good news: it could make you money! Exercise by Rose France