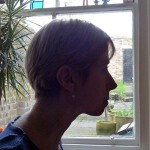 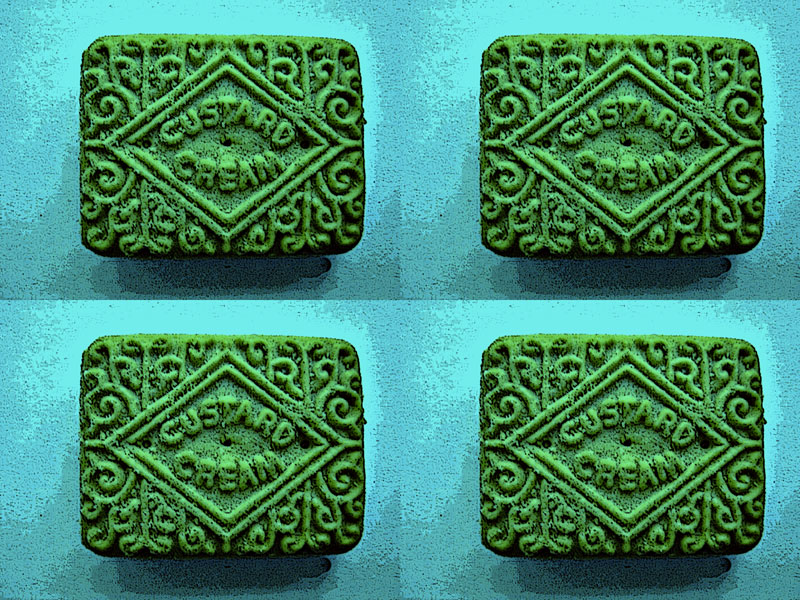 His wife had asked the doctor to admit him because she couldn’t manage his obsessive eating any longer. Despite guzzling all day he had taken to getting up through the night and raiding the fridge and kitchen cupboards. One night she heard a commotion outside and ran down to find him eating from his neighbour’s bin. Their neighbour stood in the bright yellow light of the doorway holding his slavering Alsatian by the collar and watching in disbelief as Percy held an old chicken bone up to the moon, checking for meaty bits.

He had always been a slight man, but he was definitely on the tubby side now, and growing bigger every day. The Psychiatrist believed his uncharacteristic behaviour was probably due to a small stroke. He had an idea which might help Percy – and provide an opportunity for research at the same time.

“You have some shaving foam on your face.”

He stands with his hands in his pockets looking a little glum.

“Well I can take you to a place where you can eat as many biscuits as you want. How about that?”

“Yep, Marks and Spencers Custard Creams. It’s our Psychology Department. They are interested in your appetite for biscuits.”

“Well come on, lets go.” he said, and headed for the door so fast that the shaving foam practically flew off his face.

He ate 136 Custard Creams and only stopped because they had run out. We wandered back to the ward slowly and I asked him, “you a bit full Percy?” – “I could eat” he said, “when’s lunch?”

They put him on an anxiolytic drug, not because he was anxious but because anxious patients had complained that it took away their appetite. The medicine seemed to make him happier and he strolled around the ward whistling and humming, fussing over the cat and making wisecracks at the nurses as they came and went about their business. He even started wearing socks again, something he had given up as his girth had widened.

“Yep,” and we headed for Psychology, a little less speedily than last time but still fairly briskly. He ate 16 biscuits then sat back and sighed happily. The Psychologists were delighted. A positive result at last. We ambled back to the ward. I took his arm, “Percy, you are our star patient.” He smiled coyly. “Does that mean I get extra pudding?”