The meaning of Lent… by Spiderboy

The meaning of Lent 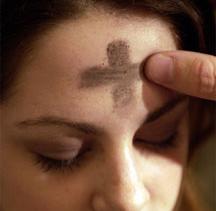 I met Miranda at a reading group and lent her a book which she didn’t return. It was a first edition of “The Collector” by John Fowles. I left her a voicemail about it, to which she didn’t respond. She stopped attending the book club, but I knew where she worked so I sent her an email. She ignored it. I phoned her too, but she wouldn’t take my calls. It was as if I’d been deserted. I posted a message on Facebook. Nothing. I tried using Twitter, but I couldn’t express the depth of my disgust in 140 characters. So, I found her address on the electoral register and sent her a hand-written note. It was in green ink, with the word “thief” in capital letters. Double underlined. No response. After that, I went to her house and rang the bell. She didn’t answer. I thought I would be sure to catch her at 3 am, but apparently not. It turned out that she had a so-called boyfriend. He looked common. I was sure Miranda hadn’t met him at a book club, and I wondered if she had been “radicalised” by a Marxist with extreme views on private property. I waited for her to leave work and followed her to the man’s flat, which was where I was arrested. The policeman advised me to leave it be. “Let it go, son. Give it up”. So I have. But only while I’m bound over to keep the peace. I’m going to raise this again in forty days.
Spiderboy 2015

A woman’s work by Gillian Munro New Year by Pat