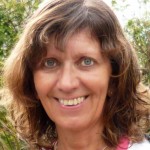 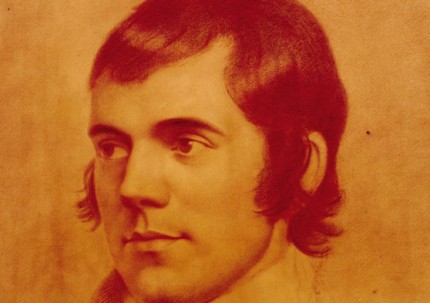 Weel what can I say aboot him? The first time I clapped eyes on him I was stricken. He was wanderin up Anchor Close. A narrow lane, dank and drookit after the rain that morn. A dark smelly place it was. But he brought a licht to it right enough. He stepped out of a doorway. He was wearing big braw boots with buckskins. No silk stockings for the likes of him. But he was right bonny. Thon dark wavy hair and right rosy cheeks. Fine features despite his rustic beginnings. He was famous in the toon, I found out later. A very famous Scotsman. He had a work printed. People loved his words from the rich to the poor. He touched something in their hairts.

He had come to Edinburgh to find fortune. As fate would have it I was lucky enough to come upon him that fine day. I had seen the likes of Davie Hume and Jimmy Boswell holding court in the taverns on the High Street. He was much more than them in my eyes. He was a man of the people. He had a dignity aboot him. He was right handsome, strong. A man of the land.

He bowed when he saw me. I was wearing a new bonnet. I peeked up into his twinkling eyes.

“Hey bonny lass where are you goin this braw day? Why not marry a while wi me? You tak my breath awa. Your golden spun hair and tiny waist. You are beauty itself. I know I need to be near ye”.

And so it began with him.

He had a smooth smooth tongue which warmed me like fine whisky. A man who liked the ladies. He wrote some bonny words in his many letters to me. So much passion in him for being “in love”. Soon though I heard things aboot him. Unhappily I was loathe to fall so hard for him. But I still did despite it.

He was mairit to a girl in the west. They had six bairns. He had weans too, that were not her’s. But he loved them all, bastards or no. Whether in wedlock or oot. He wrote a poem aboot these other weans. He loved humanity he did. He had a book published when he was here. Creed’s put it into print for him.
Henry McKenzie wrote aboot him in a posh paper. Thon man Smith told a friend of mine aboot it. It was a special paper aboot them all. All those men of letters. They kept thon books in the library in the Royal Mile. They called him the “heaven taught ploughman”. He didna have grand schooling but he had an instinct for people. He hated the high heid yins. He had strong views after a few ales aboot government and politics. He was made to say sorry to those yins in the church. He didna want to but he knew he had to keep the peace, so he could make his way in Edinburgh. He was right shrewd, right clever.

He made many friends tho. The Freemasons and even the Caledonian Hunt took him on. Many a nicht I met him at Baxter’s Close for a tryst. I loved him so, but I was not his alone. I would leave that hoose in the Lawnmarket happy but sad inside. He could not love one woman. He loved so many. I was proud to be loved by him.

The times he asked me to come to meet him at Dowie’s tavern. His friends were couthie enough but I only had eyes for him. They were full of their words and songs, the likes o’ Ferguson and Masterton. They loved my man. They could see his glory.

I never understood that Fencible’s club. A man’s thing. He had some right arguments with that man Smellie. He called him the hangman. He often told me of his children. Of bonnie Lizzie and the twins. He had fertile loins. I bore him a son. He was a good faither to Walter. We called the boy after his young friend whom he swore would be famous one day.

He arrived here on a pony but managed to mix with all the gentry. What a man he was.

“Oh Nancy you are bonny like a rose” he always had some words to fill your day.”

He gave me many of his songs and poems. I have them still.

He wanted freedom for the poor. He thought that common man was regarded by the higher classes like a small woodland creature. Those working people had no significance at all. His words bore the truth. I miss him so.

He was a man who could explain what life was aboot. What love meant. He knew what love was. He was admired by gentry and paupers alike. He had so many sympathies for the poor. He felt their pain. But still he held an acceptance of their burden.

When he left Edinburgh to go back to her, he left me sair and wounded in my heart. But I am glad to have known that great man. Glad I had a bonny lad to him. A lad who he loved sorely.

Farewell my true love. Scotland wiil be right proud of you one day.