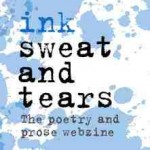 That day was the last time I saw him alive. To be honest, I didn’t think he looked that good. His face was grey; the pockmarks seemed to be anchoring the skin in place. His eyes were like deserts.

It had been a slow morning – punctuated by coffees, camellias and misting leaves. Just before eleven I saw him standing there on the other side of the plate glass, sucking on his cigarette. He had his collar turned up. The wind was catching the smoke and sending it off as a warning.

He’d looked thinner every time I’d seen him lately – tall and hard, but so thin. His thinness seemed like a prediction. He may have lost bulk, but he’d given up none of his presence and edge. He had that focused, prickly side. Straight to the point, no small talk. Brief. Who could blame him? I might be like that too in his position.

When he stepped in, he still filled the shop. That never changed. Whatever else they said about him, when he was there, he was there.

I knew what he was after. We’d been waiting for weeks for it to come in…

You can read the rest of it here. Thanks to Ink, Sweat and Tears for publishing. The photo, for interested parties, is of Colorado, climbing out of Denver into the Rockies.

Tagged with → death • health • publication • Sadness
Published in 'Jam', an anthology of modern short fiction: get it now! The Button by Catriona Windle

Published in 'Jam', an anthology of modern short fiction: get it now! The Button by Catriona Windle